Worshipper at The British Museum, London

3D
Scan The World
4,028 views 134 downloads
1 collection
Community Prints Add your picture
Be the first to share a picture of this printed object
0 comments

Worshipper at The British Museum, London

This man wears an elaborate wreath indicating he is a worshipper. The statue is typical of Cypriot art of this period, combining Greek and Persian dress and hair within the local tradition of carving limestone votive images. This statue was dedicated at an important sanctuary in the city of Idalion (modern Dali). The local god worshipped here was later identified with Greek Apollo and his Phoenician equivalent Rashef. Frequently depicted wearing a lion skin and brandishing a club, he protected humans against the forces of nature.

The colossal size and high quality of the carving show this man had freat wealth and social status. he was probably a member of the ruling dynasty, perhaps the king himself. As chief worshipper in his realm, he may also have served as the high priest. The sanctuary was one of the major cult places of the Greek-speaking kingdom of Idalion. After Idalion was conquered by its Phoenician neighbour Kition (modern Larnaka) around 450BC, its new rulers respected the great shrine and made dedications there, including this statue.

Found at the Sanctuary of Apollo-Reshef in Dali, it is now on permanent display at The British Museum in London. 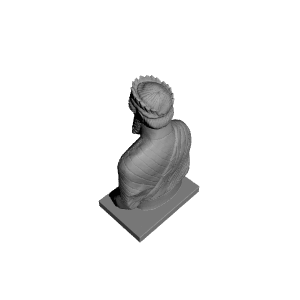 ×
1 collections where you can find Worshipper at The British Museum, London by Scan The World