3D
Scan The World
2,845 views 222 downloads
Community Prints Add your picture
Be the first to share a picture of this printed object
0 comments

In the immediate vicinity of "Naiad" embellish the 'Zangertje "and" Valentine "on the street.

Both images, "Zangertje 'and' Tine 'Lode Eyckermans donated to the city of Sint-Niklaas. "Tine" appears to have been a famous 'model' in the Antwerp art world. The artist himself the image gave the name 'La Giapponese. The image belongs from 1960 according to insiders at the sculpture "Dancing Muses.

The 'zangertje' from 1942 was originally part of the sculptural group "The Four Seasons". Other sculptures from the hand of Eyckermans appearing in Wilrijk, Willebroek, Mechelen, De Haan and Barvaux.

Tormented by hatred arising from his captivity during World War I, Eyckermans focused in his work on the theme of 'love', in which he warns an erotic expression.
Originally Eyckermans designed especially realistic, single figures in a typical classical attitude. Themes like death, mother and child portraits and also get their place in his oeuvre. In 1952 Eyckermans travels to Italy to work for several months. There he meets Henry Moore, whose work influenced him clearly. This is reflected in the realization of the subsequent sculptures.
In the seventies he Eyckermans returns to his beginnings and makes single figures, albeit in a more abstract design, sometimes loaded with humor and sarcasm. Later he evolves into a stylized, futuristic design, whilst retaining the organic aesthetic.

Eyckermans Lode (1919-1998)
was born and deceased in Antwerp. Enjoy his training in French Huygelen and Ernest Wijnants at the Higher Institute of Antwerp. Being in 1949 a teacher at the Academies of Antwerp and Mechelen. From 1975 to 1983, director of the Academy of Arts in Mechelen. First major exhibition in 1939 at the quatriënnale in Liege. Wins several awards, including the "Grand Prize of the city of Antwerp (1936); the 'Van Leriusprijs' for sculptures (1941); the 'Godecharle' (1942) and the "Prix de Rome" (1943) which gives him the opportunity to work for a year in Rome. 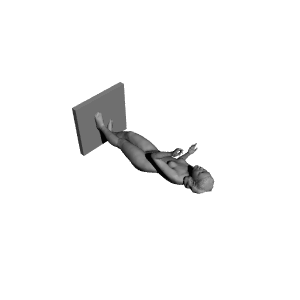 ×
0 collections where you can find Zangertje in Sint-Niklaas, Belgium by Scan The World