3D
Scan The World
1,758 views 76 downloads
3 collections
Community Prints Add your picture
Be the first to share a picture of this printed object
0 comments

The earliest money in China was shaped like tools, including spades and knives. These forms were possible because coins were cast in moulds. Spade money reflected the shape of real agricultural tools, with the hollow handle originally being the socket for a wooden handle. These spades were made to standard sizes for use as money.

During the Warring States period (475-221 BC), the various states used different forms of spade money. There were several weight systems which were reflected on the inscriptions on the currency.

Zhao  was one of the seven major states during the Warring States period of ancient China. At the beginning of the Warring States Period, Zhao was one of the weakest states but gained strength during the reign of King Wuling of Zhao: by the end of the period, Zhao was the only state strong enough to oppose the mighty Qin. Its territory included areas in modern Inner Mongolia, Hebei,Shanxi and Shaanxi provinces. The state of Zhao bordered the Xiongnu , the states of Qin, Wei and Yan. Its capital was Handan, suburb of modern-day Handan City in Hebei. Before Qin unified China, each state had its own customs and culture. 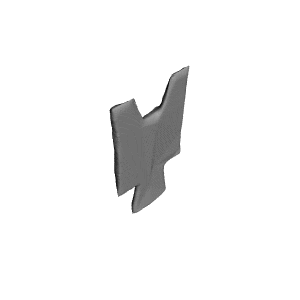 ×
3 collections where you can find Zhao State spade-money at The British Museum, London by Scan The World