Check out my patreon for more sculpts if you like my work you can support me too in Patreon!
patreon.com/zronin, leave a like if you like it, follow for more! Scale it to your desider print size

Abraham Sapien, born Langdon Everett Caul, is a fictional character introduced in the comic book series Hellboy, created by Mike Mignola. He takes his name fromIchthyo sapien, the fanciful species designation chosen for him by his colleagues in the 19th-century Oannes Club, and from AbrahamAbeLincoln, on whose assassination date the Oannes Club abandoned Abe's body, leaving only a cryptic note as explanation, in a suspended animation tank beneath a Washington D.C. hospital. He is occasionally referred to as anamphibious man."

This is my interpretation of him hope you guys like it! happy printing,

Printed on Ender 5 plus with supports at 8inchs tall

i printed with supports 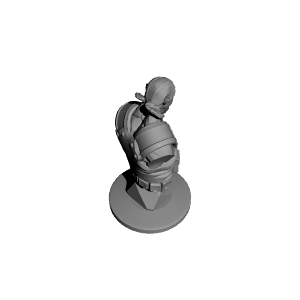 ×
4 collections where you can find Abe Sapien by ZRonin
×
ZRonin
@ZRonin
1
Posted at: 23rd December 2020