rom Turtle Rock Studios, creators of Left 4 Dead, comes Evolve, the next generation of multiplayer shooters where four Hunters face off against a single, player-controlled Monster in adrenaline-pumping 4v1 matches. Play as the Monster to use savage abilities and an animalistic sense to kill your human enemies, or choose one of four Hunter classes (Assault, Trapper, Medic and Support) and team up to take down the beast on the planet Shear, where flora and fauna act as an adversary to man and monster alike. Level up to unlock new Hunter or Monster characters as well as upgrades, skins, and perks. Earn your infamy on the leaderboards and become the apex predator.

Normally charged with flying the ship, Bucket uses a modified repair drone chassis when the time comes to support his human comrades on the ground. His Guided Missile Launcher, deployable Sentry Guns, and detachable UAV make him more than a match for anything organic. 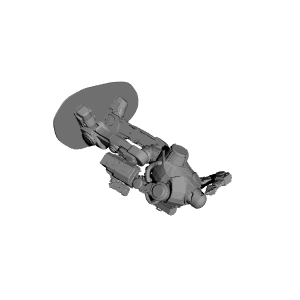 ×
11 collections where you can find Bucket From Evolve by MyMiniFactory
×
Robert Sakaluk
@RobertSakaluk
9
Printed on: Form 2
Material: Resin
Posted at: 28th June 2022