"Malsuir sat quietly just outside of the camp, listening to his companions exchanging tales of their heroic deeds and misadventures. ‘No Rest for a Wizard’ he muttered to himself as he sat preparing his spells for the upcoming battle. ‘They can talk all they like now, but after I unleash my dragonfire spell tomorrow they’ll be left speechless’. Just then, Jerry his owl familiar silently swooped in and deposited a small salamander into Malsuir’s lap. As he drew his dagger from his belt and sliced open the belly of the salamander, one last thought passed through his mind....’I just wish this spell prep business wasnt so bloody messy!’" 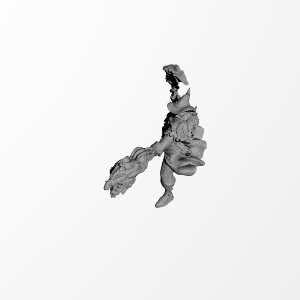 Had fun with the fire.