3D
4,904 views 251 downloads
2 collections
Community Prints Add your picture
Be the first to share a picture of this printed object
0 comments

Sadistic. Sociopathic. Deeply disturbed. These are but a few of the compliments Hyde has received from those who've seen his handiwork. What bothers Hyde most about this job isn't the sheer amount of death and destruction the Monster has caused – it's that even with his Minigun, Toxic Grenades, and Flamethrower, it makes him only the second most frightening thing on the planet. 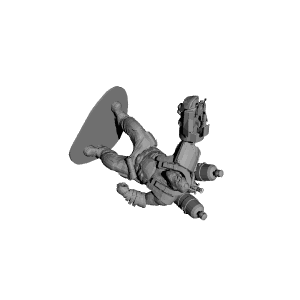 ×
2 collections where you can find Hyde from Evolve by MyMiniFactory