A bust to honor Nelson Mandela (18 July 1918 – 5 December 2013), the South African anti-apartheid revolutionary, politician and philanthropist who served as the President of South Africa from 1994 to 1999. This design was made possible using the MyMiniFactory 3D Design on Demand service, and fulfilled by designer Terry Smith through the Designers Exchange. 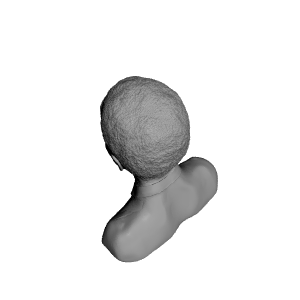