3,165 Followers
×
Click & Print preview
78 0 Add to Collection
Description
Here a 3D printable model of a pink flamingo to print in pink and as many as you like.

Flamingoes are birds living in salty water feeding on blue-green algae and shrimps. The source of their nutriments gives them their distinctive bright pink color.

Flamingos are very social birds and live in colonies whose population can number in the thousands. These large colonies are believed to serve three purposes for the flamingos: avoiding predators, maximizing food intake, and using scarce suitable nesting sites more efficiently.

They also form strong pair bonds of one male and one female. Flamingo pairs establish and defend nesting territories. Both the male and the female contribute to building the nest, and to defending the nest and egg.
The Old World flamingos were considered by the Ancient Egyptians to be the living representation of the god Ra while in Ancient Rome, their tongues were considered a delicacy.
Show more Show less
License
Printing Details 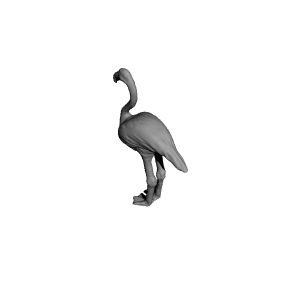 ×
7 collections where you can find Pink Flamingo by MyMiniFactory
×
Brent Griffith
@MDesigner423
5
Posted at: 05th October 2022

Fun Print, my Kids Love it!